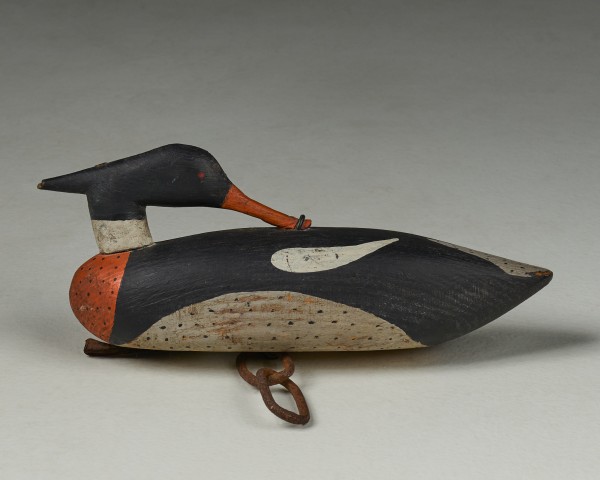 Circa early to mid 20th century

Artist Gunner “Alvin” Meekins is known for his decoy carvings. The purpose of duck decoy are often used in fowl hunting to attract birds. They eventually became an important part of American folk art. People slowly began collecting them. Decoys are typically made from wood like this one, and elaborately painted to closely resemble a duck. This duck is made to resemble a merganser duck with is commonly found in North America along with Europe and Asia. This merganser decoy resided near Hoopers Island which is located in Dorchester County, Maryland. The decoy contains all original parts.

WHY WE LOVE IT: Decoys are an important form in American folk art. The elaborate details painted make this duck come to life.