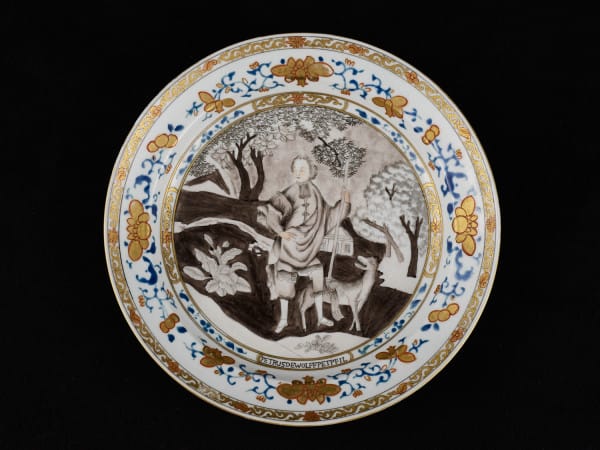 This Chinese export plate is painted in the central well en grisaille with a picture of a young man with a rifle in his left hand standing in a wooded area with a house in the background. To his left, a dog is looking up at him. At the bottom is a panel with the inscription PETRUS DE WOLFF PETR FIL. On the inner border to the well are blue enamel floral scrolls alternating with floral scrolls in red and gold cartouches. The outer border with four flower petals and a border with floral scrolls.

Why we love it: There is nothing more special than a boy with his dog.  This even rings true in the 1740’s.