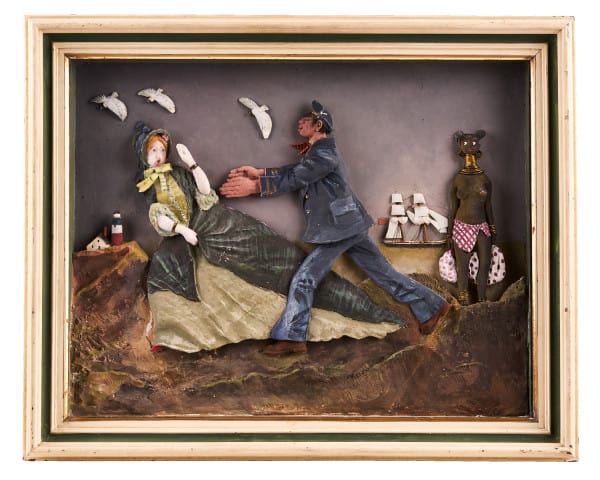 Otis was a nationally known artist and illustrator and a founding member of the Silvermine Guild of Artists. Samuel Davis Otis was born in Sherwood, NY, the son of Stephen and Mary Otis. His great Grandfather was James Gorham, a Nantucket Whaler. In the summers, he and his family resided on Nantucket in Sconset. It was on the island where he became interested in plaster. He made full figured molds as well as pictorial painted shadow boxes.

Condition: Original condition with minor wear commensurate with age and use. Some minor losses in picture.