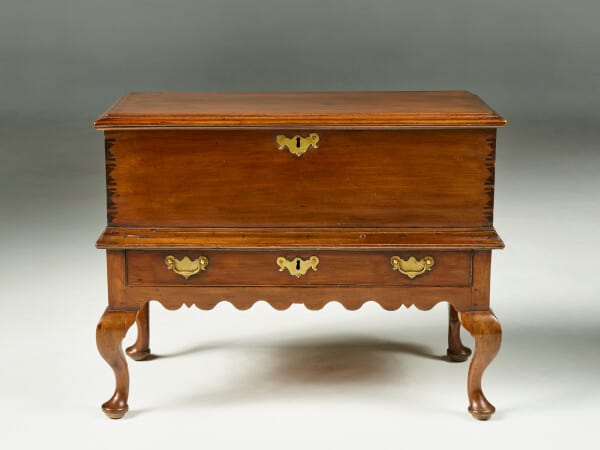 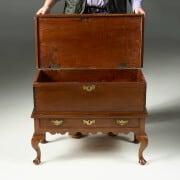 A rare small sized chest on frame with the addition of a drawer on the bottom frame normally found only on full-sized examples. Fashioned out of Bermuda cedar and pine, this construction of this chest incorporates the elaborate dovetails and whimsical scalloped skirt typically found on Bermudian chests. The dovetails have been identified as pattern 309 in Hyde’s Bermuda Antique Furniture and Silver. These chests appear to have a Spanish origin, one of several cultures which influenced the form and construction of furniture from Bermuda.

Originally these chests were used not only for storage, but also as tables, and the small size of this example is practical and adaptable to many uses.