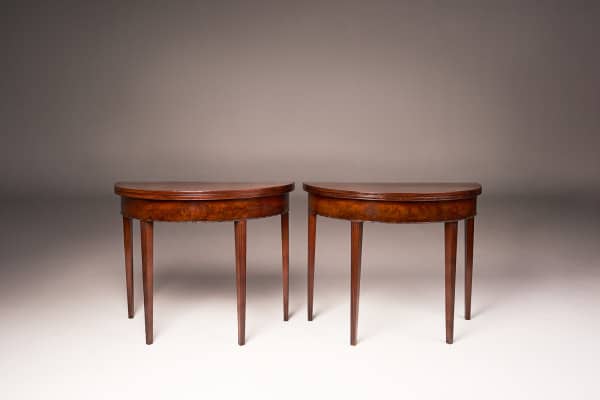 This pair of demi-lune card tables represent the height of Salem cabinetmaking in the late Federal era. The handsome overall form, the beautifully grained veneer, the carving on the apron and the elegantly tapered reeded legs illustrate the skill and sophistication of Salem -shops and clientele.

The tables were originally purchased by Jerathmiel Peirce (1747-1827), merchant and builder of the Peirce-Nichols House, designed by Samuel MacIntire, circa 1782. The house is now owned by the Peabody Essex Museum.