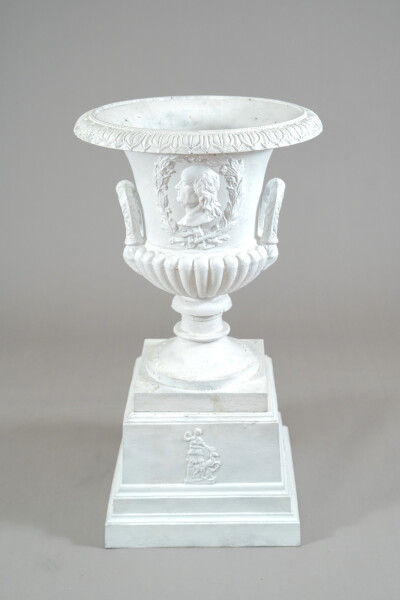 This wonderfully grandiose cast iron garden urn depicts founding father Benjamin Franklin. Since the creation of our country, the imagery of the founding fathers has always been popular. This imagery being used on garden items began in the mid 19th century. There is documentation of the J.W. Fiske company advertising a George Washington Urn in its 1850 catalog. Benjamin Franklin, often referred to as the First American, certainly earned his right to be cast in iron on such a great piece.

This is one of the only signed J. L Mott urns known with the image of Benjamin Franklin. It is an exceedingly rare object.

WHY WE LOVE IT: We love Ben Franklin in our wallets, so of course we love him in the garden as well.