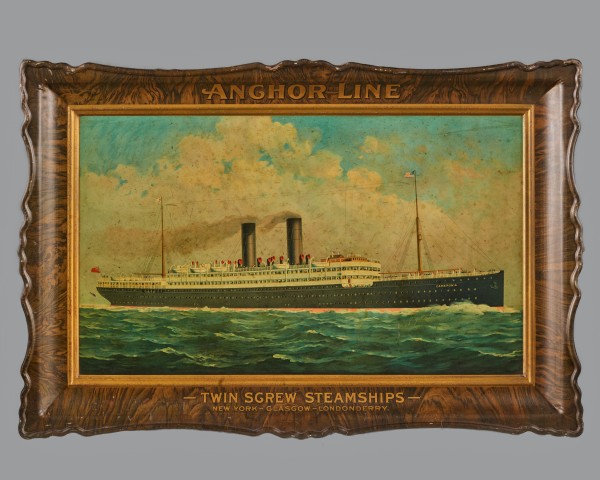 Image of the “Cameronia” an anchor line ship. The twin screw ship started its voyage on September 13th 1911. The ship was built by D. and W. Henderson and Company in Glasgow. It would travel from Glasgow, Moville, New York. In later year, its route changed to the Glasgow, Liverpool, New York route. In 1917, the ship was converted and eventually torpedoed and sunk. The ship at the time was serving as a troop ship going from Marseille France to Alexandria, Egypt. This tin depicts the ship in 1915 after its initial route changed. At the bottom of the tray we see the route of “New York, Glasgow, Londonderry”.

WHY WE LOVE IT: The nautical subject matter and bright colors make a good addition to any space. Hang on the wall as an accent piece or lay flat to function as a tray.