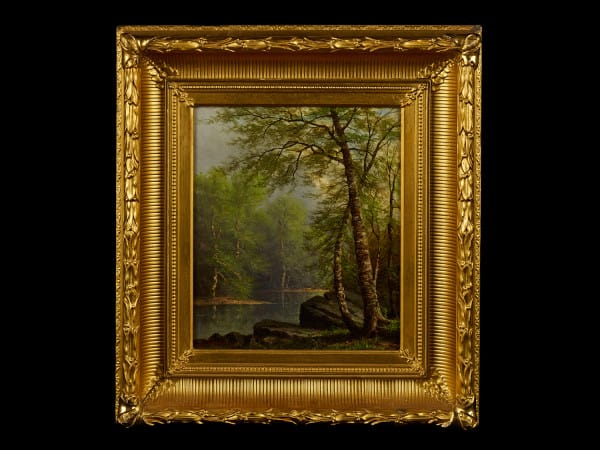 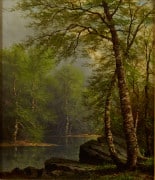 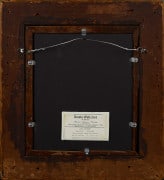 Brenner emigrated to the United States in 1853 and lived briefly in New Orleans before moving permanently to Louisville, KY. Well known for his landscapes, he usually included detailed views of the Cumberland Mountains and the rivers, forests, trees and parks around his hometown of Louisville, Kentucky. Painting in the realist style, Brenner’s works also reflect his attention to shadow and mood, clearly evident in this rare, small size example. One of his earliest known works.