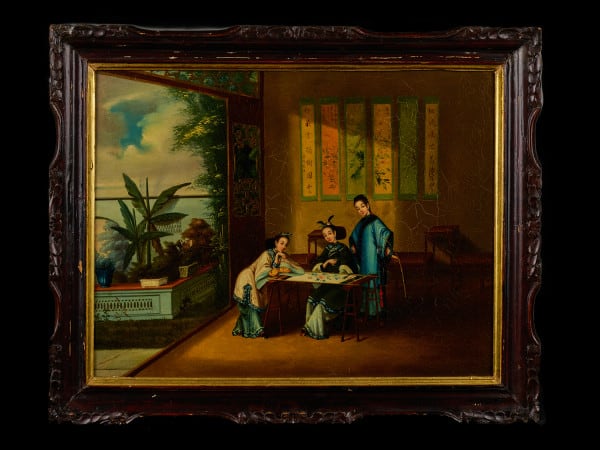 A beautiful and highly-detailed interior scene depicting a woman working on a rose-patterned embroidery and framed on each side by an equally elaborately dressed woman. The painted details of the faces, jewelry and costumes are highly skilled as are the room furnishings. The entire scene portrays luxury and privilege.