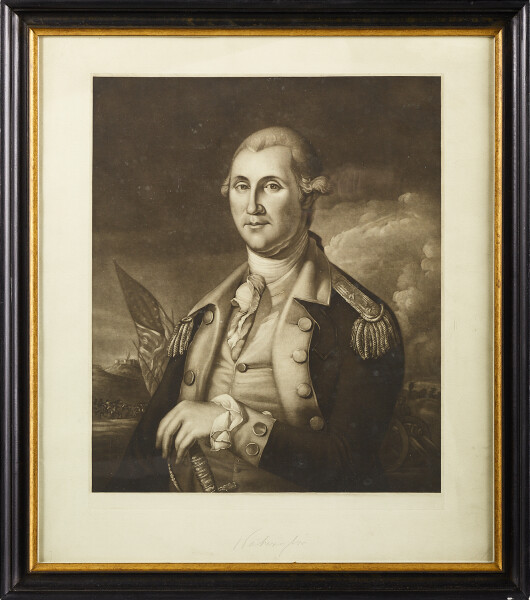 This image of George Washington as a general is particularly striking and rarely seen.  As a mezzotint with images of the American flag, cannons, and horses in the background make for a highly engaging scene.

WHY WE LOVE IT: We all know the man, the myth, the legend but this image struck me. I love mezzotints.  They were mainly popular in the 18th and early 19th century. This example is more contemporary but is so well executed, I had to have it. The large size and clear image are remarkable!