Thistlethwaite Americana | “Horse on Green”
We pride ourselves on presenting distinctive fine and decorative arts from the 18th through the 20th century highlighting great American design.
antiques, americana
18883
single,single-product,postid-18883,woocommerce,woocommerce-page,ajax_updown_fade,page_not_loaded,,columns-4,qode-child-theme-ver-1.0.0,qode-theme-ver-6.7,wpb-js-composer js-comp-ver-4.4.3,vc_responsive 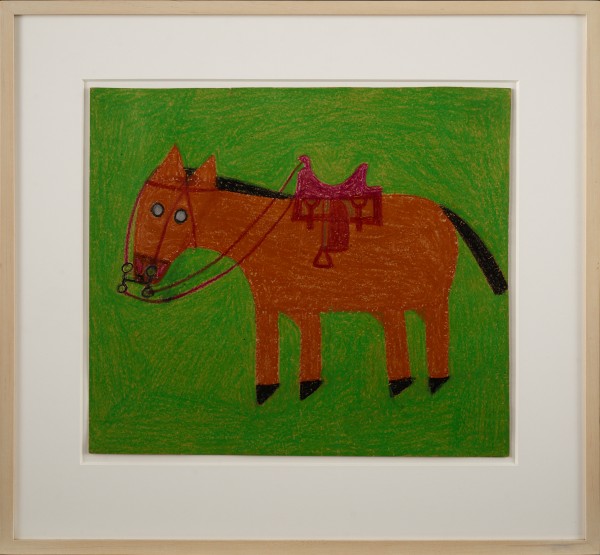 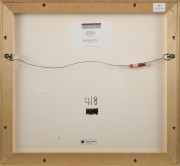 This Arning crayon on paper, is one of Arning’s earlier works. The composition is rather simple as it contains a brown horse against a green background. The horse is wearing a red saddle with bridle and reins. The scene is probably taken from his childhood memories. He popularity would depict farm scenes as well as other aspect of his childhood including his family. Composed from crayon on paper, the horse is drawn and colored in rather simplistically. This may be due to the limitations he faced having been self taught and most of his limited education being from coloring books.

Eddie Arning, the child of German immigrants, was a self-taught artist. For most of his life, he was institutionalized. His primary medium of choice was crayon before he switched to oil pastels. His work is distinguished by certain qualities including the fact he covered the entire paper with color. Arning’s early works were autobiographical, while his later works would draw inspiration from magazines but add his own flare, making hard to determine where he got direct inspiration from. As time passed, his works became more and more compositionally complex. Arning’s works can be found in numerous museums including The Smithsonian American Art Museum in D.C. and the American Folk Art Museum in New York.

WHY WE LOVE IT: Who doesn’t love a piece of art with a fascinating backstory. This crayon on paper certainly does!