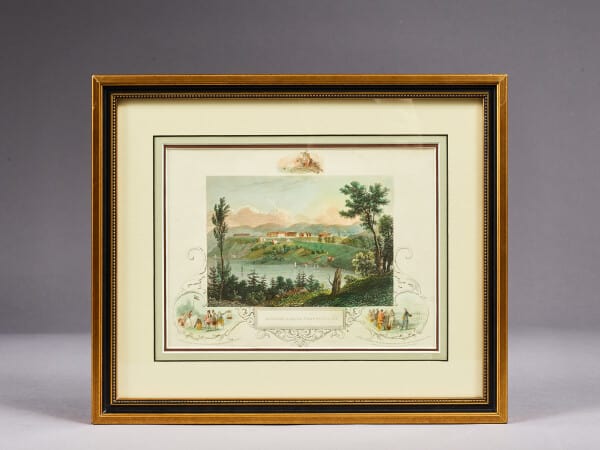 Depicting the Military School on the banks of the Hudson in West Point, NY, with three vignettes.  The top vignette depicts a Native American seeing a ship in the distance. The two lower vignettes depict important scenes from New York History including “Henry Hudson founding Nova Belgia, or New Netherlands” and “Peter Stuyvesant The Dutch Governor reproaching the Burgomasters with Cowardice on the approach of the British Fleet.”

WHY WE LOVE IT: If you have traveled the Hudson Valley or if you know a Cadet, this is the perfect gift!