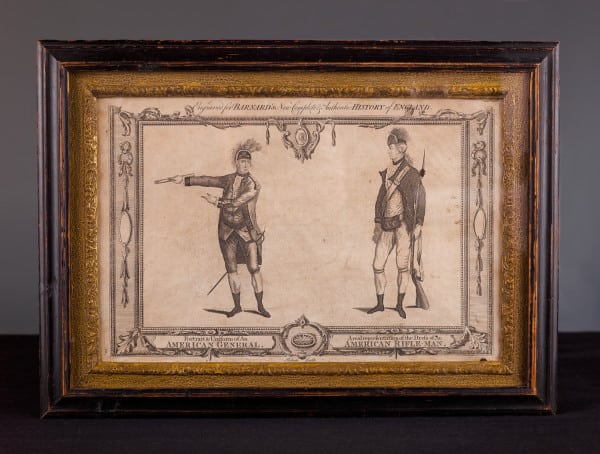 Portrait of an American General and Rifle-Man

Portrait & Uniform of An American General. A real representation of the Dress of An American Rifleman.Engraved for Barnard’s New Complete & Authentic History of England.

Contemporary depictions of American Revolutionary War figures set within a decorative border. Their hats both have the skull and cross bones representing ‘Death or Liberty’.