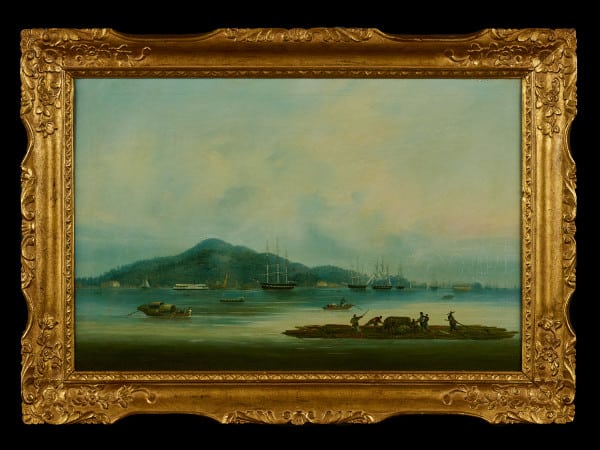 This painting depicts an American ship anchored off of Lintin.

As of 1814, Nei Lingding (also known as “Lintin”) was called the “outer anchorage” for European ships traveling to Canton.They would have to stop at the island, have their cargo inspected and measured by the Chinese customs officials stationed at the island, and pay customs duties. In 1821, when the Chinese government prohibited importation of opium into the country’s ports, Lintin became a base for drug smugglers; hulks of old boats, anchored near the island, served as warehouses and depots where imported opium would be reloaded onto smaller boats to be smuggled into Guangzhou and other ports.