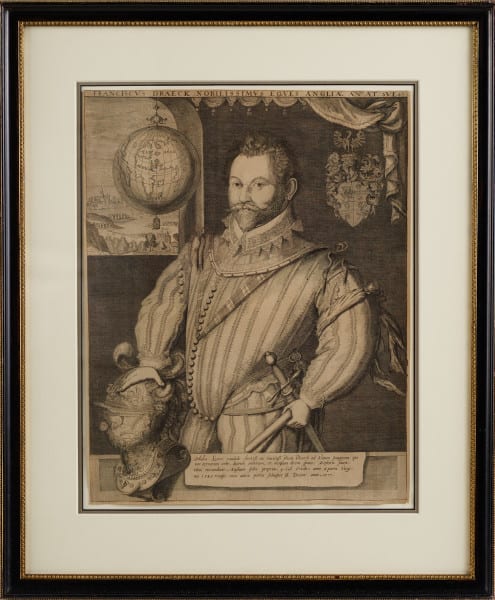 Engraved by Jodocus Hondius
England
With sticker from The Rosenbach Galleries, Philadelphia on the reverse
Circa 1588
Copper plate engraving
Hondius was an artist, engraver and cartographer who was born in Holland and moved to London in 1583. While there, he came into contact with Drake and other explorers and engraved copper plates for the first terrestrial maps. In addition to producing this celebratory portrait of Drake, he produced four maps of Drake’s West Indian voyage.

Why we love it: Sir Francis Drake was basically a pirate who robbed the Spanish blind.  This portrait helps to visualize the man behind the legend.