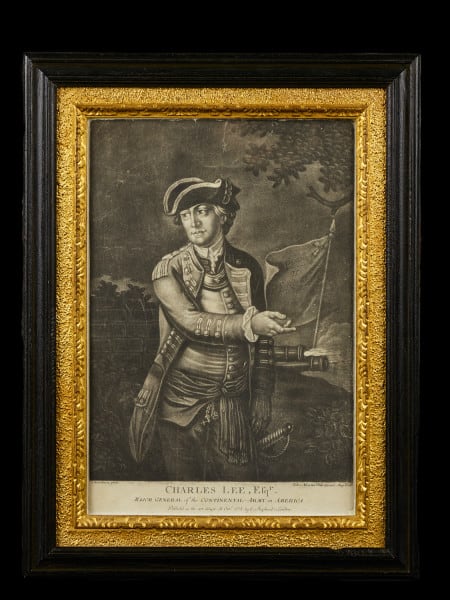 A printed three-quarter length portrait of  Charles Lee, wearing military uniform, standing, facing slightly left, gesturing with right hand with a cannon firing in the background next to a flag bearing the words “An Appeal to Heaven.” Public demand for portraits of Revolutionary heroes was high not only in America but in England and Europe as well where the public was interested in the key figures of the war. This portrait was printed early in the Revolutionary War on the assumption that Lee would play a major role based on his actions in the French and Indian War.. Although born in England, Lee joined the Patriot cause and soon became a leader in the Colonial army. He took part in the defense of Charleston and was a commander at the Battle of Monmouth.