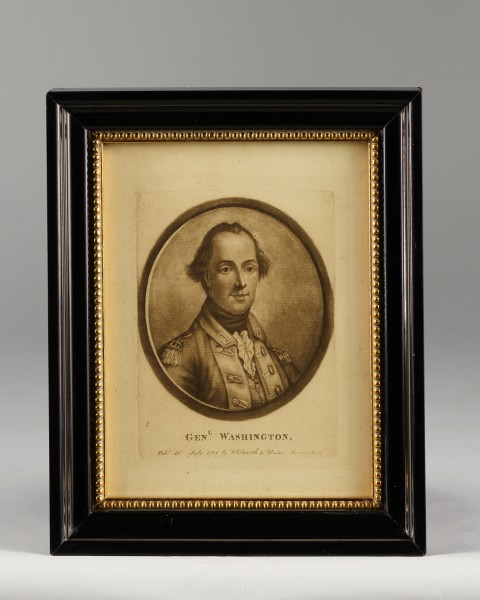 Published by Whitworth and Yates

Following the American Revolution, George Washington instantly became an international man of note. But, unlike today, in the world of cellphone cameras and instant recognition, Washington’s image was fairly unknown. This mezzotint, was likely created based on earlier French images of Washington. This particular image, published in 1784, by Whitworth and Yates of Birmingham is an example of people cashing in on Washington’s image before they actually knew what he looked like.

WHY WE LOVE IT: This is a wonderful piece of 18th-century propaganda that created Washington’s initial rise to fame.