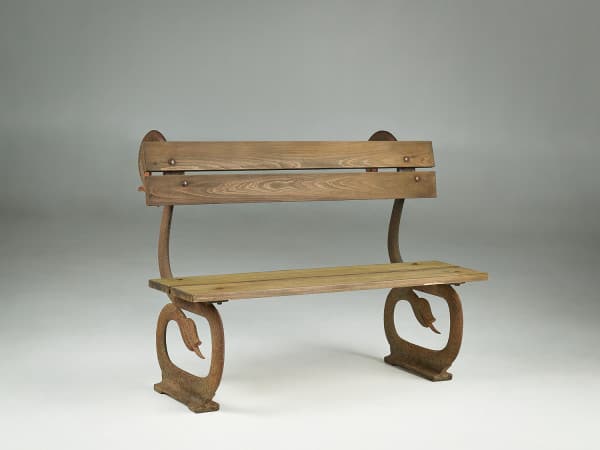 Cast by Ballantines Bo’ness Iron Works in Bo’ness Scotland an iron foundry still in operation. This popular form was often called the Harrogate Bench because a more elaborate form of these benches featuring snakes with a forked tongue decorate the city of Harrogate, England. The serpent symbols were taken from the serpents that entwine the staff of Aesculapius, the Greek God of Health, as they were considered an appropriate decorative device for a spa town. (According to the Friends of the Valley Park in Harrogate).