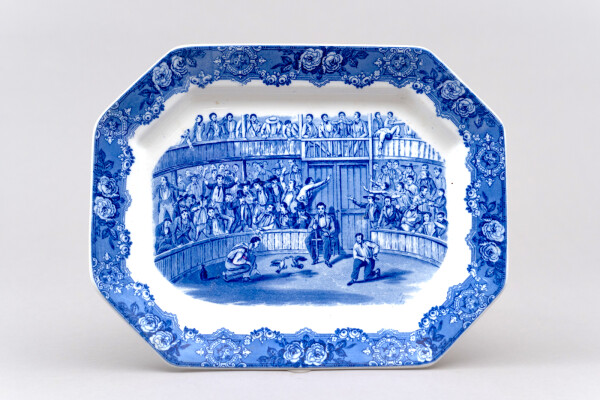 By George Jones and Son

This blue transferware plater was made by George Jones and Sons in the late 19th century. The platter is titled “Spanish Festivities: 1798″ which is based off of a cock fighting scene by Frederic Mialhe.

WHY WE LOVE IT:  Its a very interesting and highly developed scene.